Back again to share today’s rant/stream of consciousness. So, if you’re a little thrown off the by picture, just hold on! Yes, these are the classic, HILARIOUS, say-whatever-they-want Golden Girls from Miami! (Yes, I know the show was not real).

It is, however, my absolute favorite TV show…probably ever (I am about 100 years old at heart). I have loved this show since I was in elementary school. It was just something about these little feisty old ladies that made me laugh! 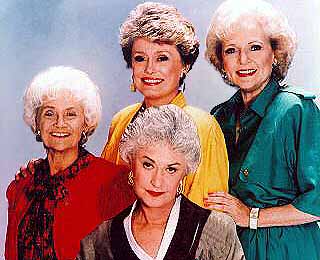 Anyway, in this post they simply serve as an illustration.

I titled this post “Golden Girls in the Hood” because that is exactly what I think of when I see a silver-haired White woman entering the doors of the middle school  that I work at currently. It is smack-dab in the middle of the HOOD, in the very community that I grew up in. We are talking about a community full of Black folks, ranging from newborns to those in their 90s who have never even considered leaving their beloved town and would “tell you somethin'” if you even suggested it. It is a place where there’s a candy lady on every corner (whom also sells frozen juleps (icee cups), hot Cheetos, hot sausages, pickled eggs, jumbo pickles…but not much candy). It is a place where you can see kids outside, ripping and running in their school clothes before their grandmas threaten to beat them if they do not come inside. It is a place of love, tradition and belonging, because everybody knows EVERYBODY.

However, with the sense of community, also comes the reality that many “hoods in America” seem to face– there is so much senseless violence. While I struggle to understand this and have even formulated my own theories for it, that is not the focus here. The point here, is that the community is…well…VERY BLACK. There are literally Black people on EVERY CORNER. Thus, it is all but common to expect to see old White women entering the doors of our school. Yet and still, we see these WW at least once a week when they come to “mentor” the “at-risk youth” of our community (I will save you all my spiel on the “at-risk” label for now). These WIWP (well-intentioned White people) come onto our campus and take our students who are struggling academically, emotionally and with life in general, out of class for an hour a week to have lunch and talk about whatever the student wants to discuss. But that is what I do not understand– what does an old WW have in common with Black and Brown teenagers from the hood?

My school is Title 1, so the population is predominately Black and/or Latino. Most of them are first-generation students and/or come from a lower socioeconomic status than their White counterparts. They deal with hunger, fatigue, parentification, exposure to violence and many of them have criminal records already as teenagers (do not even get me started on this circus that we call a “justice system,” that post is coming!) Basically, my students are young, Black & Brown in America and need someone who looks like them to identify with. Yes, it is nice to have someone who is willing to come into the hood to “do good work,” but if you ask these kids to come to any sort of mentoring or support group, the first question they ask is “do the people there look like us?” These kids may be in middle school but Black kids are well aware that their struggles are different from White students (even if they do not have all of the lingo that we use to describe their experiences).

While I can appreciate their efforts, I am so tired of seeing Golden Girls in the Hood. And yes, I can see how it may be more difficult to get young, Black and Brown mentors out here simply because most high school and college students from this area tend to leave home and not return once they have “made it out.” And I certainly understand why, as I went through the same internal battle before I returned home to work this year. However, I just cannot help but think that our Black and Brown youth need so much more than WIWP can offer them in one hour every week. They need people who have lived their experiences and survived them. People who they can turn to one day and say “Because of You, We Can Too.” There is something so powerful that comes from an alignment in culture, whether it be in therapy, mentoring or even in the classroom that just does not happen in cross-race matches (my undergraduate thesis was on same race mentoring, check me out in the UCF Library database!). Anyway, I just want to put out a call for young, Black and Brown folks who have a heart for OUR youth and the issues that WE deal with to come back home when you can and volunteer at your local middle and high schools. Our kids need you so that we can end the epidemic of #GoldenGirlsInTheHood.

Raven K. is currently a second year doctoral student in Counselor Education at the University of Georgia. Her activism, research and teaching interests are grounded in Jesus and Justice. Her research interests include giftedness in Black girls, Black women's experiences in higher education and Black Liberation movements. View all posts by Raven K.

2 thoughts on “Golden Girls….in the hood?” 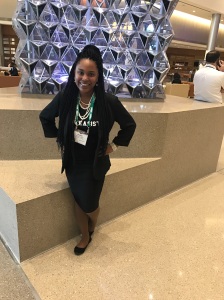 Interested in connecting at a conference? Check out the Conferences tab above to see where I will be presenting and attending next!